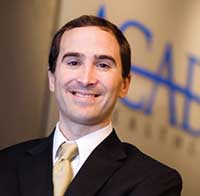 Mr. Duckworth joined Acadia in April 2011, after having served since May 2010 as Director of Finance at Emdeon Inc., a leading provider of revenue and payment cycle management and clinical information exchange solutions, which was then a NYSE-listed company. Previously, Mr. Duckworth was a Manager with Ernst & Young LLP, which he joined in 2002. Among a number of healthcare clients he served at Ernst & Young, Mr. Duckworth worked with Psychiatric Solutions, Inc. (PSI) throughout that company’s eight-year tenure as a public company, including a number of years in which he served as Audit Manager.