Joe joined the Two Rivers Police Department in April of 2005.  He began his law enforcement career in August of 1985. During his career he has held numerous positions to include patrol, patrol supervisor, investigator, trainer, patrol administrator, and police chief.  He holds a bachelor’s degree in Administration of Criminal Justice and an associate degree in Police Science and is working on his master’s degree in Managing Organizational Behavior.

During his 35 years in law enforcement he has been involved in a number of specialty areas including SWAT, drug investigations, field training supervision, bike patrol supervisor, marine patrol, honor guard, use of force instructor, and many other areas.

He is a federally certified Use of Force and Firearms Instructor and has trained officers throughout the United States and Internationally.  He is a member of the International Chief of Police Association (IACP) and the Wisconsin Chief of Polices Association and formerly served as the Chair of the Training and Professional Development committee for this organization.  He also served as the President of the Wisconsin SWAT Association and spent 13 years on the board of directors.

Back to All Staff 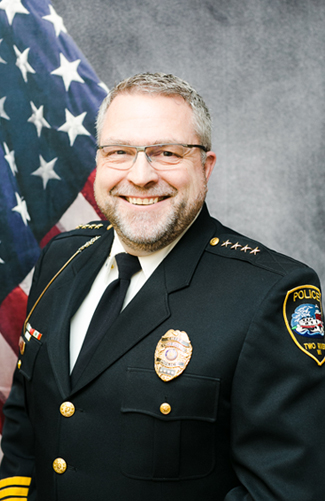